Over the weekend, Duncan reached a milestone in his AKC agility career, and earned his 20th Double Q.   We finished those 20 QQs about 14 months after moving into Excellent B and becoming eligible to start earning them.

For my non-agility friends, in AKC agility, a Double Q is earned when you qualify on both the Standard and Jumpers With Weaves courses on the same day.  One speed point is earned for every second under standard course time you finish a course.  To earn your Master of Agility Champion (MACH, or AKC Agility Champion) title, you must earn 20 QQs and rack up 750 speed points.  It’s a long road, no matter how you drive it, and daily double perfection on the agility field is an exercise in practice, focus and determination. 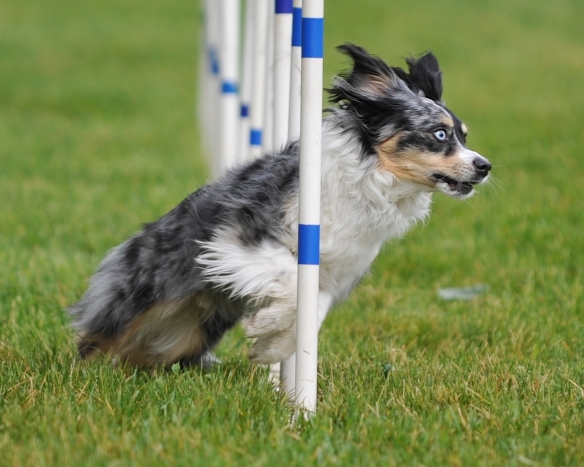 We’re not quite done yet.  Dunc has exactly 100 speed points left to go before he earns his MACH title.  But completing the QQ requirement was a huge accomplishment/relief for me.  Now, we’ll step to the line together with speed and fun as our goal (because if Dunc is having fun, he’s pretty darned speedy).  Doesn’t it look like he has a big Dunkie grin on his face in the picture below? 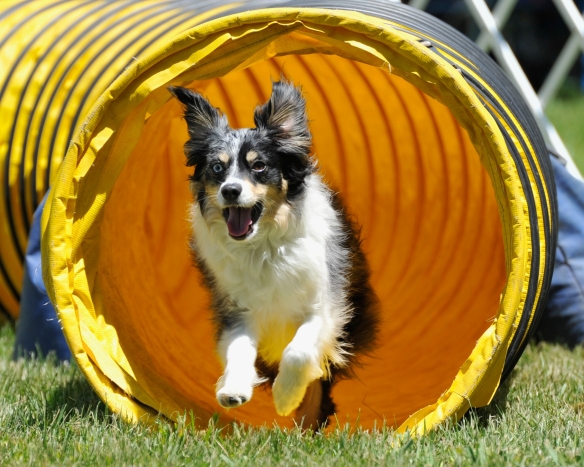 And another fantastic pic from Randy Gaines

To brag on my little boy a bit more, over a three day trial last weekend he earned three QQs (bringing the total to 21) and 2 QQQs, having qualified in the FAST distance class twice.  I am so proud of my Teammate, and best buddy, Duncan.

I hope to cease being the absent blogger soon.  If I were a UPS driver, it would be the holiday shipping season, if I were an accountant, it would be April 15th…my season of training baby firefighters how to throw dirt is a lot longer and busier than you’d think it should be!  But once they go off and do what they are trained to do, I’ll return to my rambling ways.

But in the meantime, we’re celebrating each milestone as it comes! 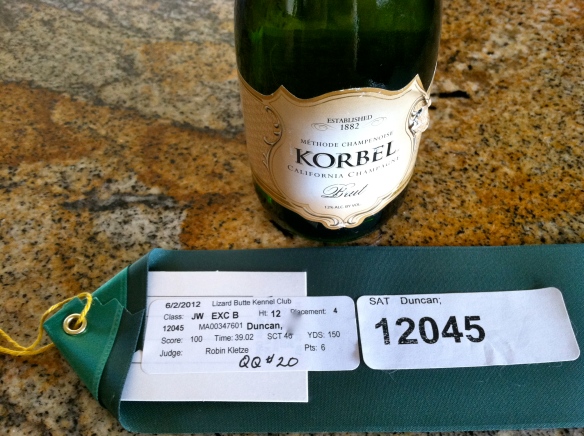 Thanks for the bubbly, my Big Aussie friend. Now, to find some Peeps to go with…